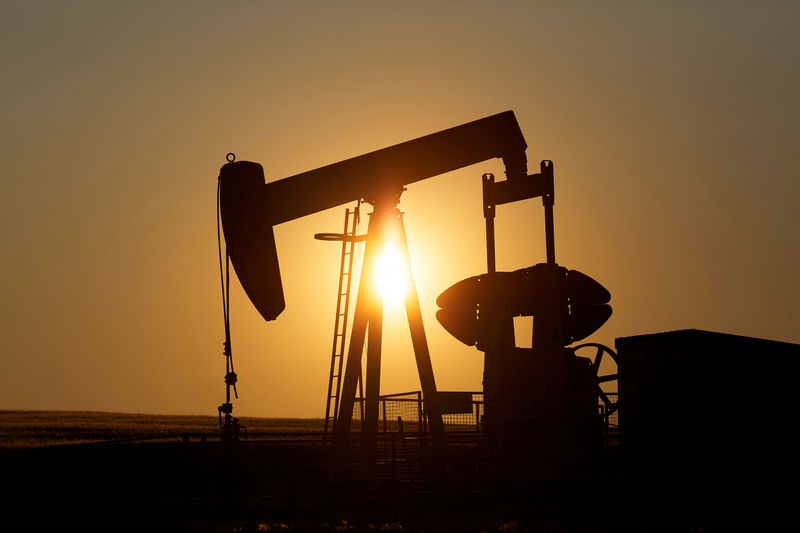 NEW YORK/HOUSTON (Reuters) – Energy fund managers took heavy losses last year with wrong-way bets on the prices of oil and natural gas, leading to a wave of closures in the volatile fund sector.

The number of active energy-focused funds fell to just 738 in 2018 through September from about 836 in 2016, according to the latest available data from hedge funds industry tracker Eurekahedge. That’s the lowest number of active funds since 2010.

The number of funds solely focused on oil or gas has tumbled to 179 in 2018 from 194 in 2016. Funds that have suspended operations included high-profile names such as Jamison Capital’s macro fund, T. Boone Pickens’ BP (LON:) Capital and Andy Hall’s main hedge fund at Astenbeck Capital Management, along with smaller niche funds such as Casement Capital.

“There is a massive decline in the number of funds, and no replacements,” said David Mooney, founder of Casement Capital. “There has been a near ‘extinction event’ in commodities hedge funds.”

“We had about 16 large hedge funds trading natural gas in Houston a few years ago,” he said. “That number is now reduced to a small number of managers.”

Some funds saw investors pull out because they increasingly view energy as an unsafe spot for their money. Casement suspended operations after difficulties raising investor interest, two industry sources said.

The firm was supported by Lighthouse Partners, according to a regulatory filing. Lighthouse declined to comment, and Mooney would not elaborate on the reasons for Casement’s decision to close.

“All hedge funds, including commodities, that are being scrutinized for near-term performance are coming under pressure,” said Jonathan Goldberg, founder of one of the best-known energy-focused hedge funds, BBL Commodities.

Closures of energy-focused hedge funds have outpaced launches in the last three years, according to data from Eurekahedge.

“It becomes self-reinforcing,” Goldberg said in an interview. “If people lose money and are seeing negative feedback for it, they cut risk and it becomes harder and harder to manage the business.”

Macro hedge funds – those with strategies based on broad global macroeconomic trends, such as a bet that oil prices will rise – were among the hardest hit, falling 3.6 percent in 2018. That’s the weakest annual performance since 2011, when such funds fell 4.2 percent, according to the Hedge Fund Research (HFRI) Macro index <.HFRIMI>, a key industry index.

Through mid-December, commodity trading advisors (CTAs) were down by 7.1 percent, according to a late December estimate by Credit Suisse (SIX:).

A sharp rise in natural gas prices in late 2018, on concerns of tight supplies and cold weather, also added to the pain because many funds had paired bets on lower natural gas and higher crude.

Fluctuations in prices typically create opportunities for fund managers to book a profit, but the moves of oil and gas prices followed a prolonged period of subdued volatility in energy markets and caught fund managers off guard.

Oil prices had rallied through most of the year, and hedge funds built increasingly large bets on the rally continuing.

Money managers began the year with a record number of bullish open positions in <3067651MNET> and largely maintained them near those levels until mid-year.

That changed late last year, when the U.S. granted waivers to big purchasers of Iran’s oil after reinstating sanctions on the nation, and as the United States, Russia and Saudi Arabia all produced at record levels, feeding worries about a supply glut.

The market sunk in a series of volatile trading days as funds rushed to unload positions.

Hedge fund investors said they do not see the situation for niche funds improving. Among those that have been having the most difficulty are natural gas funds, said one recruiter who works with several funds and banks in the commodities industry. In November, U.S. experienced their most volatile streak in nine years.

Velite Capital, which emerged earlier this decade as one of the most profitable natural gas hedge funds, founded by star trader David Coolidge, began winding down in August.

Timoneer Energy, a hedge fund specializing in natural gas futures and options, also wound down last year, sources said. The firm was set up in 2015 by a portfolio manager and three analysts from Velite. Several former members of the fund did not respond to a request for comment.

Two years ago, energy executives John James and Sachin Goel planned to launch natural gas-focused hedge fund Mercasa Energy, backed by an initial commitment of $10 million from investor Titan Advisors, which has some $4.5 billion in assets under management. But the fund was not able to secure additional investments, and by early 2018, Mercasa had shut.

“I don’t envision the fundamentals changing all that much for gas and or crude,” he said.