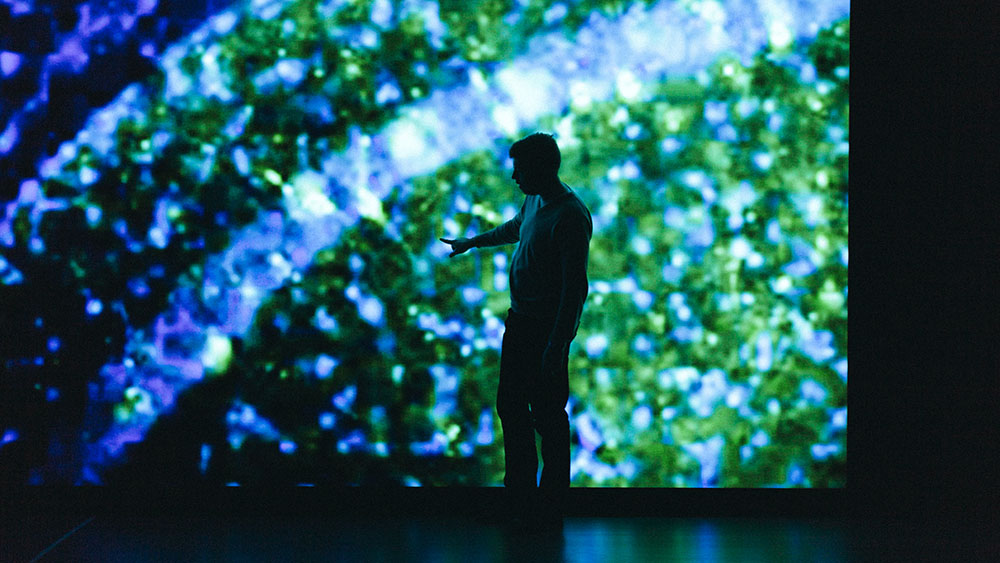 The stock pops followed news of Biogen and Japanese biotech Eisai’s drug, called BAN2401. At a final 18-month analysis, the treatment slowed the progression of Alzheimer’s in 856 patients with an early form of the disease.

Most analysts say this lends credence to the theory that Alzheimer’s is tied to the buildup of toxic plaque called beta-amyloid in the brain. BAN2401 and a later-stage Biogen drug called aducanumab work to remove that plaque.

The results for BAN2401 “could not only enable Biogen to have a second shot on goal, but also provide strong validation for the hypothesis underling the key Phase 3 candidate — and potential future growth driver — aducanumab,” RBC Capital Markets analyst Brian Abrahams said in a note to clients.

Analysts noted the study had a unique design allowing Biogen multiple interim analyses to look for early effectiveness or futility. The study also used a marker called Alzheimer’s Disease Composite Score, as well as a measure of reduction of amyloid using a PET scan to determine effectiveness.

Researchers found a statistically significant reduction in amyloid and slowing progression in those who received the highest dose. The worst-case scenario would have been a reduction in beta amyloid, but not a slowing of progression. This would have disproved the theory, Evercore analyst Umer Raffat said in a report.

BAN2401 had “an acceptable tolerability profile.” The most common side effect was brain swelling known as amyloid-related imaging abnormalities, or ARIA. ARIA is a common side effect of Alzheimer’s treatments. It appeared in less than 10% of most patients and below 15% of those at the highest dose.

RBC’s Abrahams noted the way the study was designed “stacks the deck in favor of its own success.”

Further, the measure for progression was first proposed by Eisai researchers. In most Alzheimer’s treatment studies, including aducanumab, researchers look for improvement as measured by the scale known as Clinical Dementia Rating — Sum of Boxes.

The news for BAN2401 was largely unexpected. In December, the Alzheimer’s treatment failed to meet its key goals at an interim analysis. But the biotechnology giant said it would continue the test out to the 18-month mark based on the fact it didn’t appear futile.

Biogen is preparing to release the full details at a future medical conference. Mizuho analyst Salim Syed said Biogen could take two tacts for BAN2401. It could seek approval based on the Phase 2 study, putting the drug on the market in late 2019. More likely, it will design a Phase 3 study.

Meanwhile, analysts are scrambling to determine what the BAN2401 results mean for Biogen’s key Alzheimer’s treatment, aducanumab. Both drugs work to remove beta amyloid, though they aim for different types of the plaque. Aducanumab is set to have Phase 3 data in late 2019 or early 2020.

Leerink analyst Geoffrey Porges was the key detractor for Biogen and Eisai’s results. Unlike other analysts, he doesn’t see the BAN2401 study as proving the beta-amyloid thesis for Alzheimer’s disease. Further, the Food and Drug Administration hasn’t yet weighted in on Eisai’s alternative measure of progression.

“There is very little detail about other more validated cognitive measures in the joint press release and we find no reason to believe this either proves or disproves the amyloid hypothesis or has an impact on the likelihood that aducanumab will succeed in its ongoing Phase 3 trial,” he said in his note to clients.

Chart-Reading Basics: How A Buy Point Marks A Time Of Real Opportunity

How Much Volume Should You Look For In A Stock?

How To Tame A Volatile Swing Trade With A Half Position