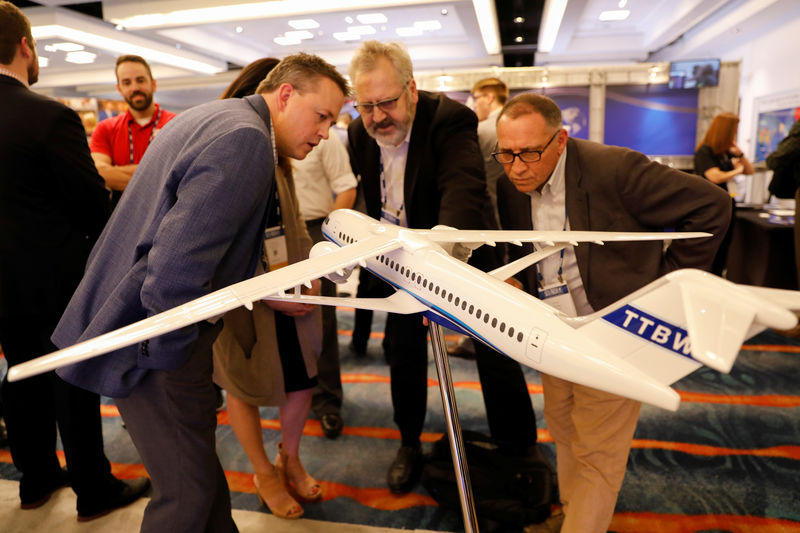 SAN DIEGO (Reuters) – Boeing (NYSE:) Co unveiled a speedier and higher-flying version of a concept plane on Tuesday aimed at sharply reducing fuel use thanks to its elongated ultra-light wings.

The so-called Transonic Truss-Braced Wing aircraft boasts a 170-foot (52 meter) wingspan that sits atop the fuselage and is braced from underneath by a truss in a design reminiscent of biplanes from the early years of aviation.

The world’s largest planemaker and U.S. space agency NASA have been studying the concept plane for nearly a decade as part of the Subsonic Ultra Green Aircraft Research program. Boeing unveiled a reconfigured model or prototype and artist’s rendering at an aerospace conference in San Diego.

Chicago-based Boeing said it tweaked the plane’s designs with an optimized truss and a modified wing sweep that allow it to fly at speeds of Mach .8, or about 600 miles (965 km) per hour, slightly faster than previous designs but on par with current passenger jetliners.

Boeing said the jet ideally would reduce fuel burn by 60 percent compared to an aircraft in 2005, but said it did not have final data to compare the fuel savings to present-day aircraft.