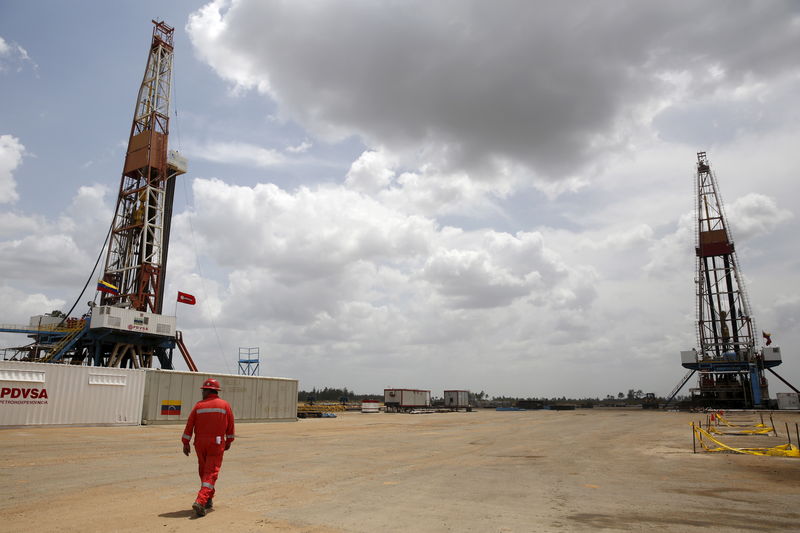 Investing.com – is likely to stay in the headlines this week, as turmoil in Caracas triggered concerns that its crude exports could soon be disrupted.

That prompted , the country’s leader since 2013, to cut ties with the U.S., which signaled it could impose sanctions on Venezuela’s oil exports.

Developments in Venezuela take on an even greater importance for the oil market considering that the country holds the rotating presidency of OPEC this year, analysts stressed.

Elsewhere, oil traders will be watching for more trade-related headlines this week, as Chinese officials are to arrive in the U.S. on Wednesday for the next round of negotiations aimed at resolving the long-running trade war between the two countries.

Besides political and trade rhetoric, fresh data on U.S. commercial crude inventories and production activity will also capture the market’s attention this week.

For the week, however, the U.S. benchmark shed 0.2%, as a hefty weekly rise in domestic crude supplies weighed.

Meanwhile, the global benchmark, for March delivery on the ICE (NYSE:) Futures Europe exchange, tacked on 55 cents, or 0.9%, to settle at $61.64 a barrel.

It lost about 1.7% for the week, the first weekly decline in four weeks.

After ending 2018 in freefall, oil has gained roughly 17% since the start of January. Overall, the recent advance for the energy complex has been powered by evidence of a decline in global output.

Saudi Arabia-led OPEC and its non-member allies led by Russia agreed to collectively cut production by a total of 1.2 million barrels per day (bpd) during the first six months of 2019 in an effort to stave off a global glut in supplies.

, Investing.com has compiled a list of the main events likely to affect the oil market.

The is to publish its weekly update on U.S. oil supplies.

The will release its weekly report on oil stockpiles.