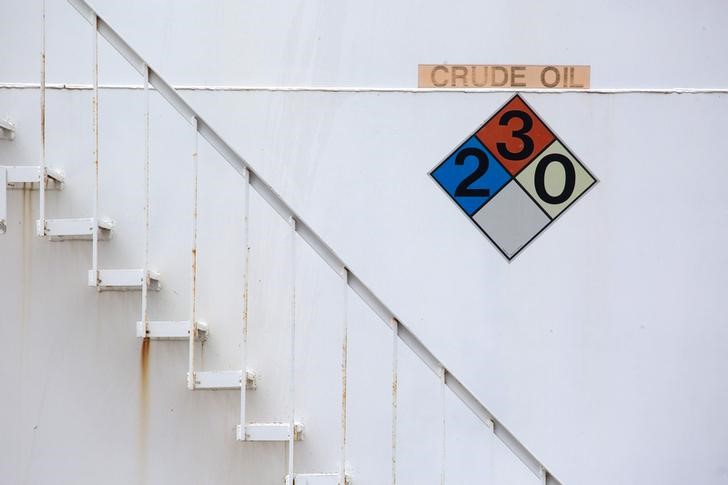 Investing.com – Oil traders are likely to stay fixated on rising global crude supplies in the week ahead, after prices suffered their fifth straight weekly loss and plunged into bear market territory.

Global oil prices are down by around 20% since early October, buffeted by signs of growing output from key producers, mainly the U.S., Saudi Arabia and Russia, and indications of a global economic slowdown.

The drop marks a stunning reversal from last month, when oil prices hit nearly four-year highs as the market braced for potential shortages ahead of the restoration of sanctions against Iran, the third-largest producer in the Organization of the Petroleum Exporting Countries (OPEC), on Nov. 5.

The sanctions, however, are unlikely to cut as much oil out of the market as initially expected as Washington has granted exemptions to Iran’s biggest buyers which will allow them to continue buying limited amounts of crude for at least another six months.

The front-month WTI contract has posted declines for 10 sessions straight, the longest losing streak for U.S. crude since mid-1984.

It fell into a bear market on Thursday, tumbling more than 20% from a nearly four-year high last month at $76.90.

Meanwhile, the global benchmark, for January delivery on the ICE (NYSE:) Futures Europe exchange, declined 47 cents to end at $70.18 a barrel, after hitting a session low of $69.13, a level last seen on April 10.

Brent, which has fallen in nine of the last 10 sessions, is down about 19% from its recent October peak.

Looking ahead, market players will also focus on monthly reports from and the (IEA) this week to assess global oil supply and demand levels.

Fresh weekly data on U.S. commercial – which come out one day later than usual due to Monday’s Veterans Day holiday – will also capture the market’s attention.

Ahead of the coming week, Investing.com has compiled a list of the main events likely to affect the oil market.

There will be no floor trading on the Nymex because of the Veterans Day holiday in the U.S. All electronic transactions will be booked with Tuesday’s trades for settlement.

The Organization of Petroleum Exporting Counties will publish its monthly assessment of oil markets.

The International Energy Agency will release its monthly report on global oil supply and demand.

Later in the day, the American Petroleum Institute is to publish its weekly update on U.S. oil supplies.

The U.S. Energy Information Administration will release its weekly report on oil stockpiles.