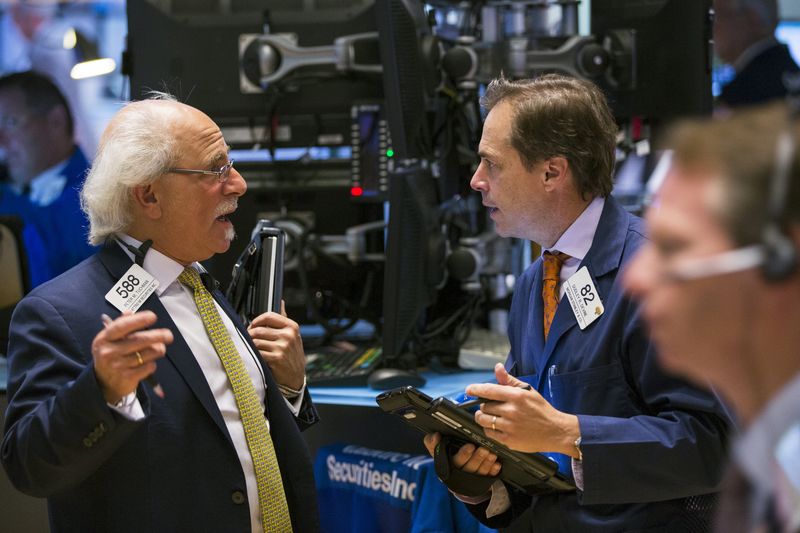 © Reuters. Top 5 things to watch this week in financial markets

Investing.com – After another turbulent week of trading worldwide, there’s a lot to keep investors on edge in the week ahead.

Global financial markets will pay close attention to comments from a handful of Federal Reserve officials, including Chair Jerome Powell, for additional insight into the outlook for monetary policy in the months ahead.

The Fed has hiked rates three times this year and is forecast to raise one more time before year-end.

Meanwhile, on the data front, market players will focus on this week’s U.S. consumer price data, which should give clearer signs on the pace of inflation.

There is also U.S. retail sales figures for October, which investors will be eyeing for further signs on the strength of the American consumer.

On Wall Street, there are 13 companies reporting results in the week ahead, as the earnings season begins to wind down, with big-name retailers such as Home Depot , Macy’s and Walmart among the highlights.

Elsewhere, China has key data, including the latest reading on industrial production, which will be watched for any signs of damage from the trade spat with the U.S. that has been going on for most of the year.

Meantime, in Europe, political headlines will be in focus as investors watch developments surrounding and Italy’s ongoing .

Ahead of the coming week, Investing.com has compiled a list of the five biggest events on the economic calendar that are most likely to affect the markets.

A number of Fed speeches will get market attention in the week ahead, as traders watch for further clues on interest rates.

Topping the agenda will be remarks from Federal Reserve Chair , who will be speaking about economic issues at an event hosted by the Federal Reserve Bank of Dallas on Wednesday.

Powell is then due to speak again on Thursday about Hurricane Harvey recovery efforts at an event hosted by the Dallas Fed in Houston.

The Fed left interest rates on hold last week, but delivered an upbeat assessment of the economy and labor market, reaffirming expectations for a December rate hike.

The Commerce Department will publish October inflation figures at 8:30AM ET (1330GMT) Wednesday.

Consumer prices are expected to have risen last month and over the prior year, according to estimates. Excluding the cost of food and fuel, core inflation is projected to climb on a year-over-year basis.

Rising inflation would be a catalyst to push the Fed toward raising interest rates at a faster pace than currently expected.

The Commerce Department will release data on retail sales for October at 8:30AM ET (1330GMT) Thursday.

The consensus forecast is that the report will show retail sales rose last month, after a mere 0.1% increase in September. Excluding the automobile sector, sales are expected to increase .

Rising retail sales over time correlate with stronger economic growth, while weaker sales signal a declining economy. Consumer spending accounts for as much as 70% of U.S. economic growth.

Also on the economic calendar this week will be a pair of surveys on manufacturing conditions in the Philadelphia and New York regions. Investors will pay particular attention to the data for any impact tariffs are having on the sector.

While just 13 S&P 500 companies are due to report financial results this week, retailers are just getting started in what will be the last big wave of the third-quarter earnings season.

Home Depot (NYSE:) unofficially kicks things off when it reports on Tuesday; results from Macy’s (NYSE:) are on the agenda for Wednesday; while Walmart (NYSE:), the world’s largest retailer, is due to report results on Thursday.

Nordstrom (NYSE:), JCPenney (NYSE:) and Children’s Place (NASDAQ:) are among the other major retailers reporting this week.

The consensus among analysts is that the data will show China’s factory output grew , the same gain recorded in September.

At the same time, the Asian nation will publish reports on fixed asset investment and retail sales.

Recent data has started to show that China’s economy may be losing steam, raising concerns about the potential fallout from the ongoing U.S.-China trade dispute.

The U.S. has slapped tariffs on more than half of over $500 billion in Chinese imports, for which China has retaliated, after several rounds of negotiations failed to resolve U.S. complaints over Chinese industrial policies, lack of market access in China and a $375 billion U.S. trade deficit.

President Xi Jinping is due to meet with Trump at the upcoming G-20 summit later in November, though expectations are low that the meeting will yield any major results.

Stay up-to-date on all of this week’s economic events by visiting: http://www.investing.com/economic-calendar/