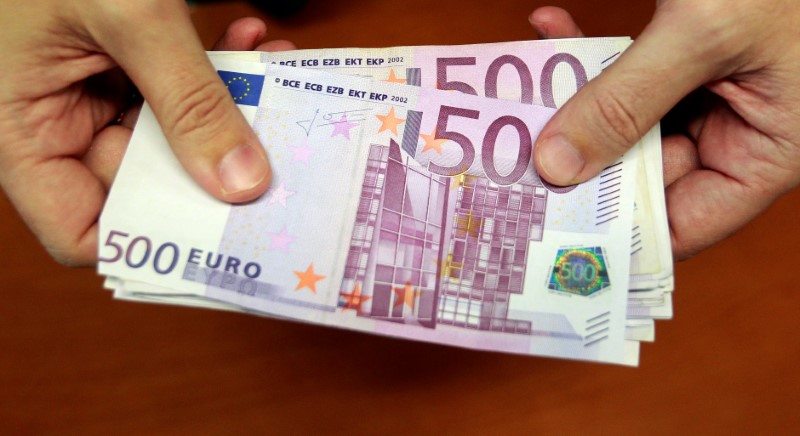 LONDON (Reuters) – The euro fell to a nine-day low on Friday after data showing a record Chinese trade surplus stirred worries about a deeper United States-China trade conflict, encouraging investors into the safety of the dollar.

The , which has suffered in the past six weeks on concern that U.S. tariffs on Chinese goods will eventually hit its economy, reversed earlier gains in Asia and fell half a percent in offshore markets .

But data showing China’s trade surplus with the United States swelled to a record in June as exports grew could further inflame tensions. Trump this week pledged to impose tariffs on $200 billion more of Chinese imports and Beijing has vowed to retaliate.

“The trade conflict is dominating concerns in the market,” said Esther Reichelt, an analyst at Commerzbank (DE:) in Frankfurt. “These are sentiment-driven moves.”

The safe-haven yen fell to another six-month low at 112.775 yen , however, suggesting investors were not panicking.

The dollar has advanced roughly 2 percent versus the yen this week, the biggest weekly gain since mid-September.

The dollar’s broad rally on Friday was also fueled by U.S. consumer prices data a day earlier. That showed a steady buildup of inflation pressure that could allow the Federal Reserve to raise interest rates as many as four times in 2018.

While rising inflation is largely expected by markets, it will reinforce the view of a “widening in monetary policy divergence” between the Federal Reserve and other central banks, said Piotr Matys, FX strategist at Rabobank.

“The latest set of inflation data confirms that the Fed will stay well ahead of other central banks,” he said. “We believe the dollar has the potential to extend its rally.”

European Central Bank minutes published on Thursday also weighed on the euro, showing that members remain dovish and are a long way from normalizing policy.

The Australian dollar – seen as a proxy for China risk given Australia’s reliance on Chinese demand for its big mining exports – tumbled half a percent to $0.7375 . The currency has had a turbulent week, sinking more than 1 percent since Monday.