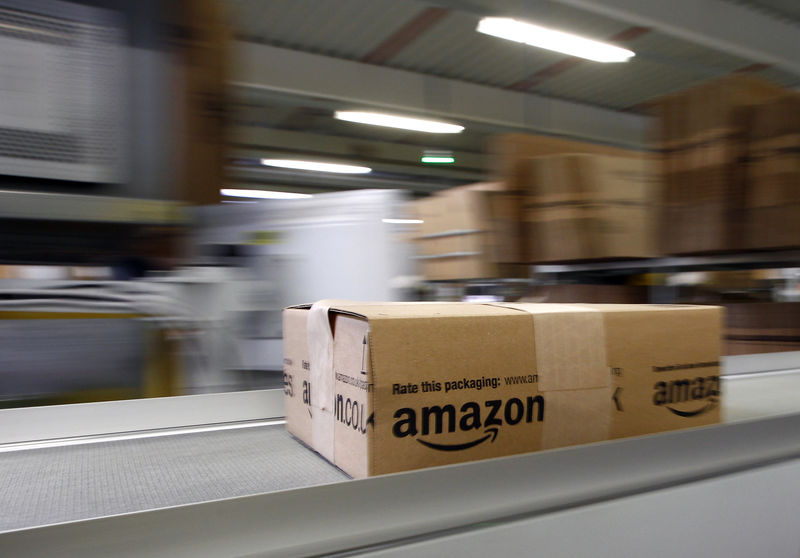 © Reuters. A parcel moves on the conveyor belt at Amazon’s logistics centre in Graben

BERLIN (Reuters) – Germany’s antitrust authority has launched an investigation into whether U.S. ecommerce giant Amazon (O:) is exploiting its market dominance in its relations with third-party retailers who use its website as a marketplace.

The Federal Cartel Office said in a statement on Thursday that it had received many complaints from traders about the business practices of Amazon of late.

“Amazon acts as a kind of ‘gatekeeper’ to customers. The double role as biggest trader and biggest marketplace means there is a potential to impede other traders on the platform,” said cartel office President Andreas Mundt.

Mundt said the investigation would seek to examine business conditions that Amazon imposes on the traders which use its site, including a lack of transparency over terminations, delayed payments and shipping conditions.

Amazon’s German division was not immediately available for comment.

Germany is Amazon’s second biggest market. It has faced a long-running battle with unions in the country over pay and conditions for logistics workers, who staged another round ofuse strikes last week.

The country’s antitrust watchdog is also investigating Facebook (O:) after finding that the social media giant abused its market dominance to gather data on people without their knowledge or consent.