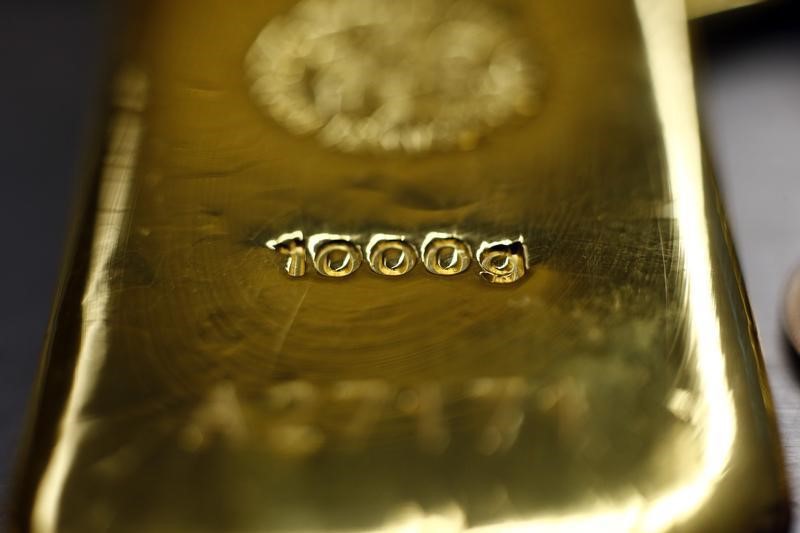 Investing.com – This week precious metals traders will get a fresh update on the outlook for monetary policy from Wednesday’s December Federal Reserve meeting minutes and a speech by Fed Chairman Jerome Powell a day later.

Last month, the Federal Open Market Committee voted to increase interest rates for a fourth time in 2018 and indicated that two more rate hikes this year are likely.

While investors will be closely scrutinizing the minutes, they will probably be dated following remarks by Fed Chairman Jerome Powell last Friday.

Powell pledged that the central bank will be watching how the economy performs this year and will adjust policy accordingly.

“As always, there is ,” Powell said. “And particularly with muted inflation readings that we’ve seen coming in, we will be patient as we watch to see how the economy evolves.

“Mr. Powell said he is open to a potential view change but so long as the data stays strong in the U.S. we will continue to project hikes in the interest rates in the U.S. by the central bank,” said Bart Melek, head of commodity strategies at TD Securities.

Gold is highly sensitive to rising interest rates, as these increase the opportunity cost of holding non-yielding bullion.

Powell is due to deliver remarks at The Economic Club of Washington on Thursday. The U.S. is to release what will be closely watched inflation data on Friday.

Gold fell on Friday, pulling back from a more than six-month peak hit earlier in the session, as robust U.S. jobs data eased some concerns about an ailing economy.

The Labor Department reported that in December while boosting wages, suggesting a sustained strength in the economy that could soothe concerns of sharp slowdown in growth.

“Palladium has broken out to the upside on tight supply, increasing demand, a weaker dollar,” said Phil Streible, senior commodities strategist at RJO Futures in Chicago.

“Platinum followed surprisingly as fresh fund money emerged for the New Year as prices have been so depressed for so long,” said Walter Pehowich, executive vice president of investment services at Dillon Gage Metals.

, Investing.com has compiled a list of significant events likely to affect the markets.

The euro zone is to release data on retail sales.

The Institute of Supply Management is to publish its non-manufacturing index.

Australia is to report on trade figures.

In the euro zone, Germany is to publish data on industrial production.

Canada and the U.S. are both scheduled to release trade figures.

The euro zone is to release its latest unemployment figures.

The Bank of Canada is to announce its latest interest rate decision and publish a rate statement. The announcement is to be followed by a press conference.

The Federal Reserve is to publish the minutes of its December meeting.

The European Central Bank is to publish the minutes of its December policy meeting.

The U.S. is to release the weekly report on initial jobless claims.

Fed Chairman Jerome Powell is to deliver a speech at The Economic Club of Washington.

Australia is to release data on retail sales.

The UK is to publish reports on GDP growth and manufacturing production.

The U.S. is to round up the week with what will be closely watched inflation data.