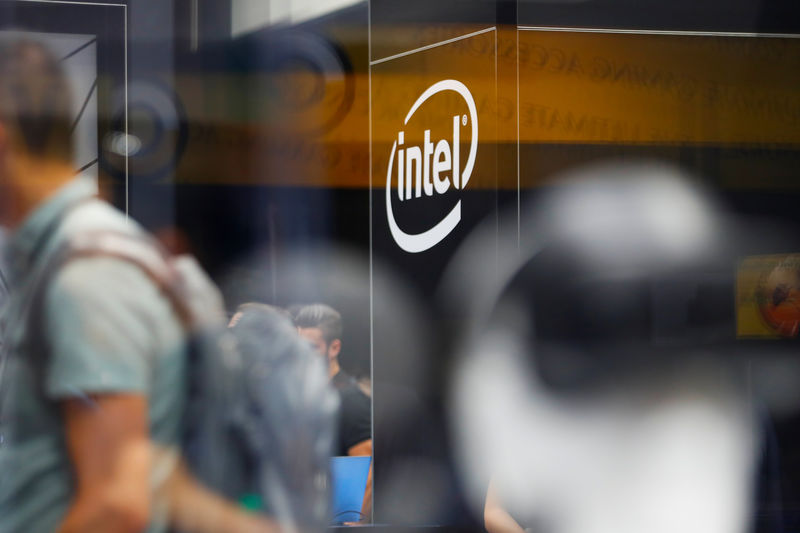 (Reuters) – Intel Corp (NASDAQ:) said on Monday at the Consumer Electronics Show in Las Vegas that it is working with Facebook Inc (NASDAQ:) to finish a new artificial intelligence chip in the second half of this year.

The chips are Intel’s gambit to retain hold of a fast-growing segment of the artificial intelligence computing market but will face competition from similar chips from Nvidia Corp and Amazon.com (NASDAQ:) Inc’s Amazon Web Services unit.

The new chip will help with what researchers call inference, which is the process of taking an artificial intelligence algorithm and putting it to use, for example by tagging friends in photos automatically.

Intel’s processors currently dominate the market for machine learning inference, which analysts at Morningstar believe will be worth $11.8 billion by 2021. In September, Nvidia launched its own inference chip to compete with Intel.

In November, Amazon also said it had created an inference chip. Amazon’s chip is not a direct threat to Intel and Nvidia’s business because it will not be selling the chips. Amazon will sell services to its cloud customers that run atop the chips starting next year. If Amazon relies on its own chips, it could deprive both Nvidia and Intel of a major customer.

Also at the Consumer Electronics Show on Monday, Intel said that Dell Technologies Inc will feature Intel’s next generation of processors in its XPS line of laptops. The so-called 10-nanometer chips have been plagued by delays.

But Navin Shenoy, Intel’s data center chief, reiterated that the new chips will be available in laptops by the 2019 holiday shopping season and in data centers by early next year.

Also at the conference, Amnon Shashua, the head of Intel’s Mobileye (F:) self-driving car computer unit, said Mobileye has mapped out all of the roadways in Japan, using cameras that were already embedded in vehicles produced by Nissan Motor Co Ltd that come with Mobileye systems from the factory. Intel’s tech rivals such as Alphabet (NASDAQ:) Inc and Apple Inc (NASDAQ:) are gathering mapping data through special vehicles with cameras mounted on top of them.