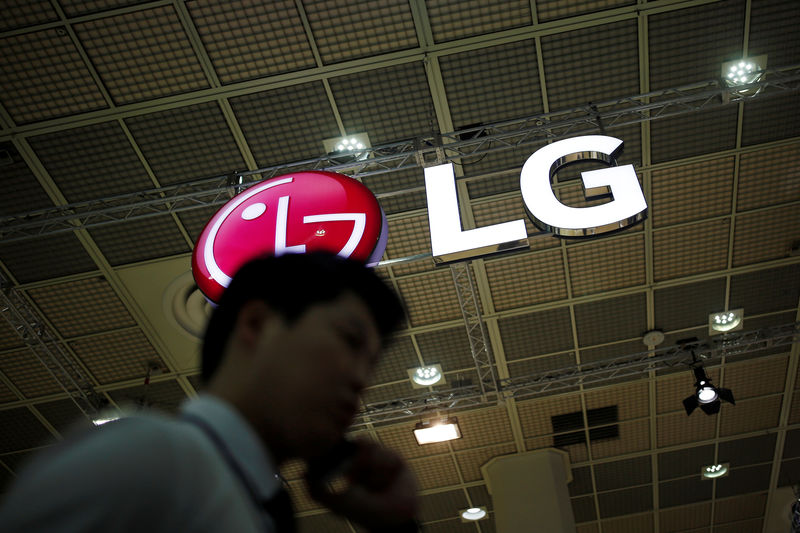 © Reuters. A man talking on his phone walks past the logo of LG Electronics during Korea Electronics Show 2016 in Seoul

LG did not disclose further details of fourth-quarter operations and will announce full results at the end of January.

“It’s a surprise,” said analyst Lee Jae-yun at Yuanta Securities. “Home appliance sales were worse in emerging markets and China, while its high-end TV business isn’t making profit as much as before.”

Earlier in the day, Samsung estimated a 29 percent drop in quarterly profit, its first decline in two years, as it flagged tough memory chip and mobile phone markets.