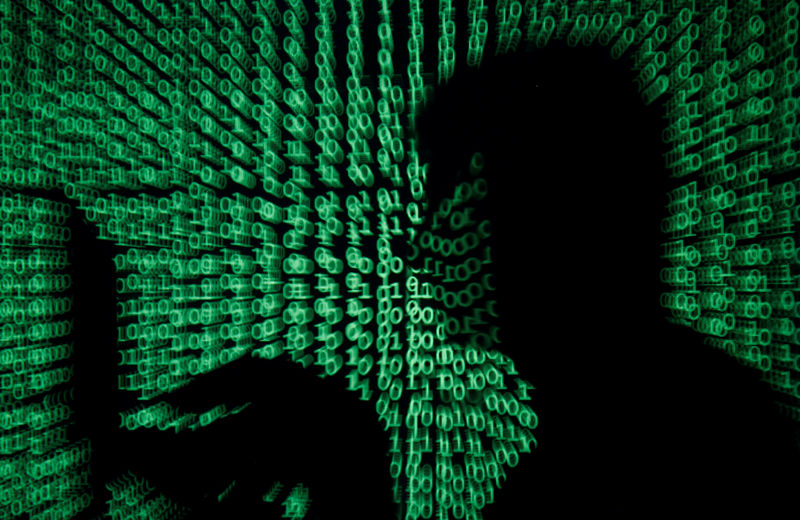 © Reuters. FILE PHOTO: Man holds laptop computer as cyber code is projected on him in this illustration picture

LONDON (Reuters) – London remained the top destination in Europe for technology investment in 2018, with nearly double the amount being plowed into companies in the British capital than nearest rival Berlin, data showed on Wednesday.

Technology companies in London attracted 1.8 billion pounds ($2.3 billion) in venture capital funding, 72 percent of the total 2.5 billion pounds raised by UK tech businesses, according to data from funding database PitchBook on behalf of the Mayor of London.

Eileen Burbidge, a partner at venture capital firm Passion Capital, said London was the leading hub for financial technology thanks to its position as one of the world’s biggest financial centers, while its universities helped to create companies offering artificial intelligence (AI).

“We get a lot of calls and inquiries from investors in the U.S. and Asia looking for fintech opportunities,” she told Reuters. “In fintech, AI and a few other sectors such as life sciences and robotics, London genuinely leads the world.”

London’s tech sector and its mayor, Sadiq Khan, have warned that Britain’s departure from the European Union could damage its appeal. However, Burbidge said there was no sign of this happening yet, beyond companies asking many more questions when looking to hire from abroad.

The data from PitchBook showed that both Berlin and Paris gained ground against London in the race for funds across Europe, and that London failed to match the record levels it attracted in 2017, but the gap still remained significant.

Berlin attracted 937 million pounds of investment in 2018, almost double the previous year’s total, while 797 million pounds went to tech groups in Paris as President Emmanuel Macron stepped up his promotion of the country.

In Britain as a whole, investment in AI rose 47 percent to 736 million pounds while 1.2 billion pounds went into the booming fintech sector and companies such as digital banks Revolut and Monzo.