Top 5 Things to Know in The Market on Wednesday 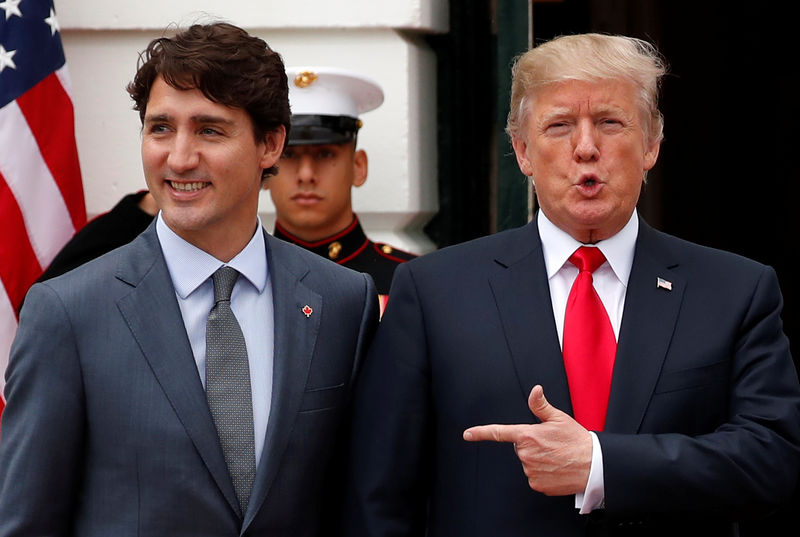 Investing.com – Here are the top five things you need to know in financial markets on Wednesday, September 5:

Trade talks between the United States and Canada aimed at revamping the North American Free Trade Agreement (NAFTA) will today after the two sides ended tense negotiations last week without a deal.

The neighbors emerged from talks last Friday, the White House’s deadline for Canada to join in on a deal the U.S. struck with Mexico late last month, without resolving sticking points.

Meanwhile, investors continued to monitor the threat of fresh U.S. tariffs on another $200 billion worth of Chinese goods, which could come as soon as a public comment period ends on Thursday.

Elsewhere, in Europe, nearly all of the region’s major bourses were in mid-morning hours, with most sectors in the red.

Earlier, in Asia, markets in the region ended .

Away from equities, the dollar was trading against a currency basket, as demand for the greenback continued to be underpinned by persistent concerns over emerging market stresses.

The , which measures the greenback’s strength against a basket of six major currencies, was a shade higher at 95.50, not far from Tuesday’s one-and-a-half week highs of 95.68.

In emerging markets, currencies such as the , , , , and were all lower.

Emerging market currencies have been hard hit by concerns that higher U.S. interest rates will pressure countries that have borrowed heavily in dollars in recent years.

In commodities, oil prices as a tropical storm hitting the U.S. Gulf coast weakened and had a lower impact on production than initially expected.

Prices had jumped the previous day as dozens of U.S. oil and gas platforms in the Gulf of Mexico were shut in anticipation of damage from tropical storm Gordon.

However, the storm had shifted eastward by Wednesday morning and was , reducing its threat to producers on the western side of the Gulf.

But no executive from Alphabet (NASDAQ:)’s Google is expected to testify, after the company declined the Senate Intelligence Committee’s request to send one of its most senior executives, frustrating lawmakers.

Google offered to send its chief legal officer, Kent Walker, to Wednesday’s hearing, but he was rejected by the committee, which said it wanted to hear from corporate decision-makers.

Technology executives have repeatedly testified in Congress over the past year, on the defensive over political influence activity on their sites as well as concerns over user privacy.