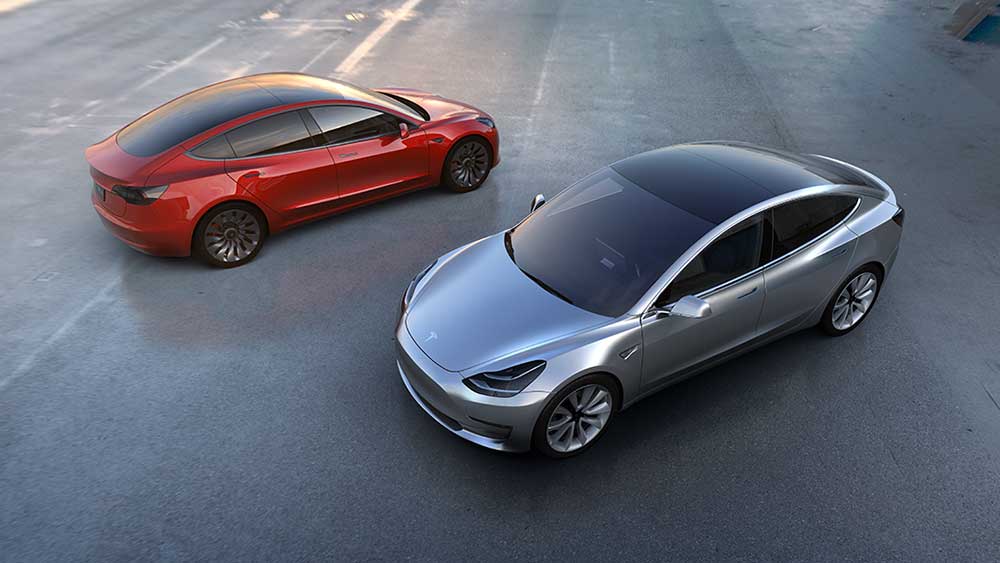 “For all the competition entering the market we are still awaiting the electric vehicle that will be a true competitive threat to Model 3 — especially in the U.S.,” Credit Suisse analyst Dan Levy wrote in a note to clients.

For now, Tesla’s Model 3 is in a unique position, he said. “At its price point there is no other EV option as compelling, especially in the U.S., where Tesla has nearly an 80% share (in the all-electric field).”

Ford’s new vehicle, an SUV, is called the Mustang Mach E. The unveiling is Sunday at an event in Los Angeles. Customers in the U.S., Canada and Europe can start ordering on Nov. 17, the company said.

The SUV will be among more than dozen all-electric automobiles Ford plans to launch by 2022.

A Milestone In Ford Vehicles

“The launch marks the first real milestone in Ford’s increased emphasis in electrification, and more importantly marks an increased effort by the legacy U.S. automakers to be relevant in electrification,” Levy wrote. “Yet we believe the key test will lie in challenging Tesla for share in the U.S. market, as Tesla has been the only game in town in the U.S. EV market.”

“Ford’s new electric vehicle should provide a more compelling alternative at the Model 3 price range than the other comps, especially given the performance focus,” Levy said.

IBD Stock Of The Day: How To Find, Track And Buy The Best Stocks

Sharpen Your Market Skills With MarketSmith